Discover the adventures of Plume through a WebGL video game, a child who decides to bring her letter to Santa Claus by herself.

This game was create for Christmas Experiments 2018 opening.

Such a great concept, thanks for the fun :D

A cute little game. I really love the look and feel of it. I feel like it could be a little harder and longer though but it was enjoyable as it is.

And are you not supposed to know how it turns out in the end? Whether the list got to Santa etc.

I've played a few Christmas games lately and this one was definitely one of my favorites. I loved the feel of it and thought you captured a sense of wonder really well. Good Job!

Plume and the Forgotten Letter is a short, but pretty well made stealth game. The art style works really well to portray the idea of a kid in a fantasy workshop, and I enjoyed the simplicity of the monochrome levels. The character felt really slow in running around, but I appreciate the fact that some of the environment was made around that speed so it still worked. The ending was a bit confusing, though I'm used to that in some games. Overall, it's a fun time. 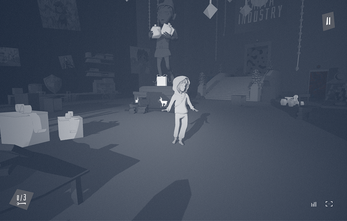 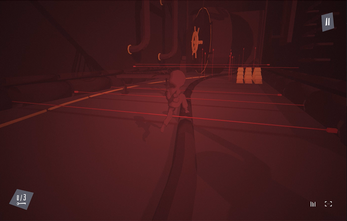 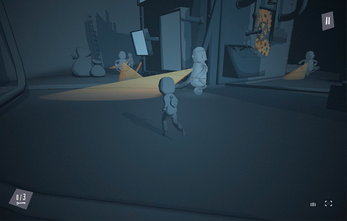